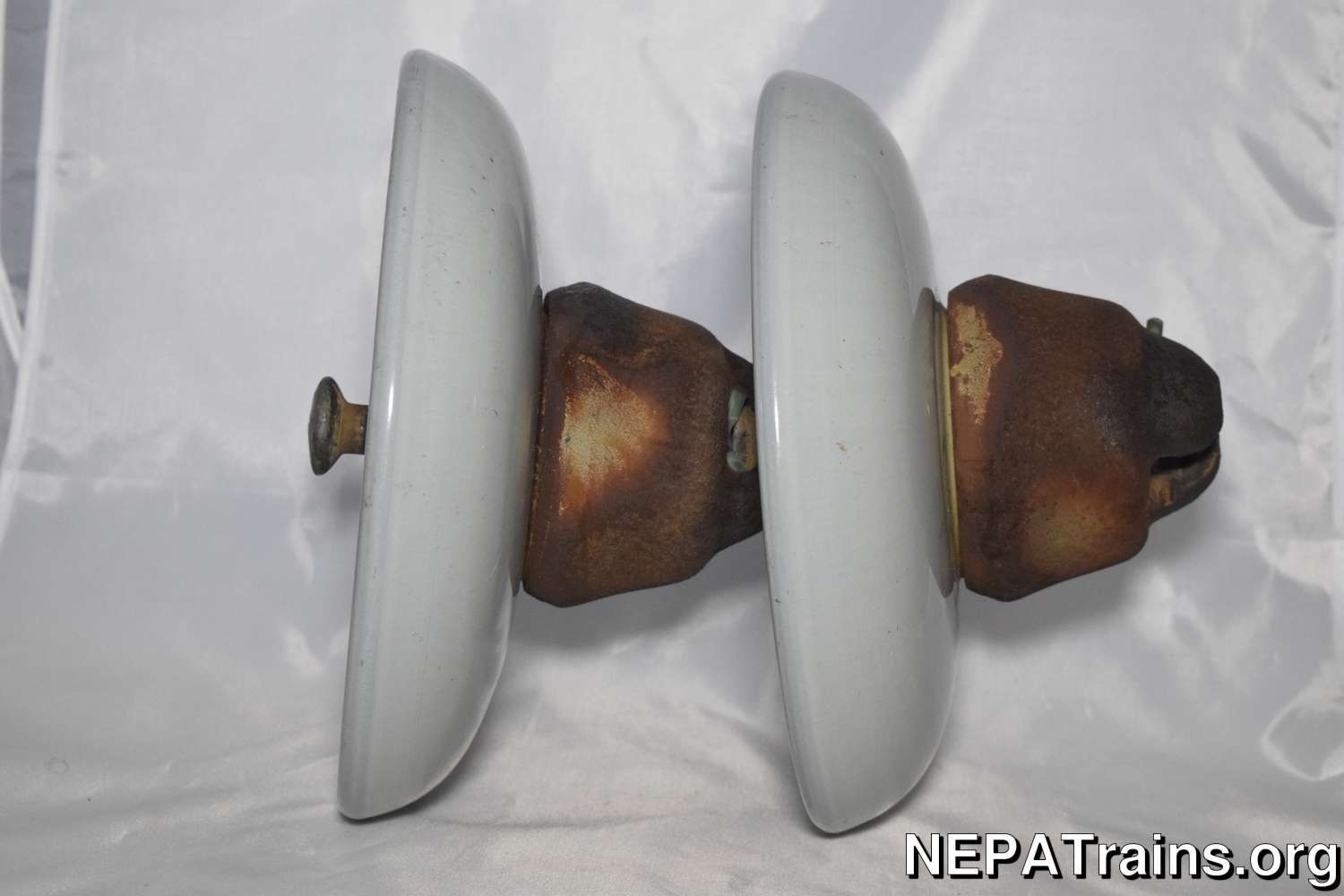 These are white suspension insulators made by Pinco in the mid 20th century. This specific type of insulator was widely used on PP&L’s systems in the mid-late 20th century, and even today in some cases.

Each insulator is 10 inches wide. They couple using a pin-and-socket system. There are 4 petticoats, with the inner 3 getting progressively smaller.

These specific insulators were rescued from a decommissioned and soon-to-be demolished line. 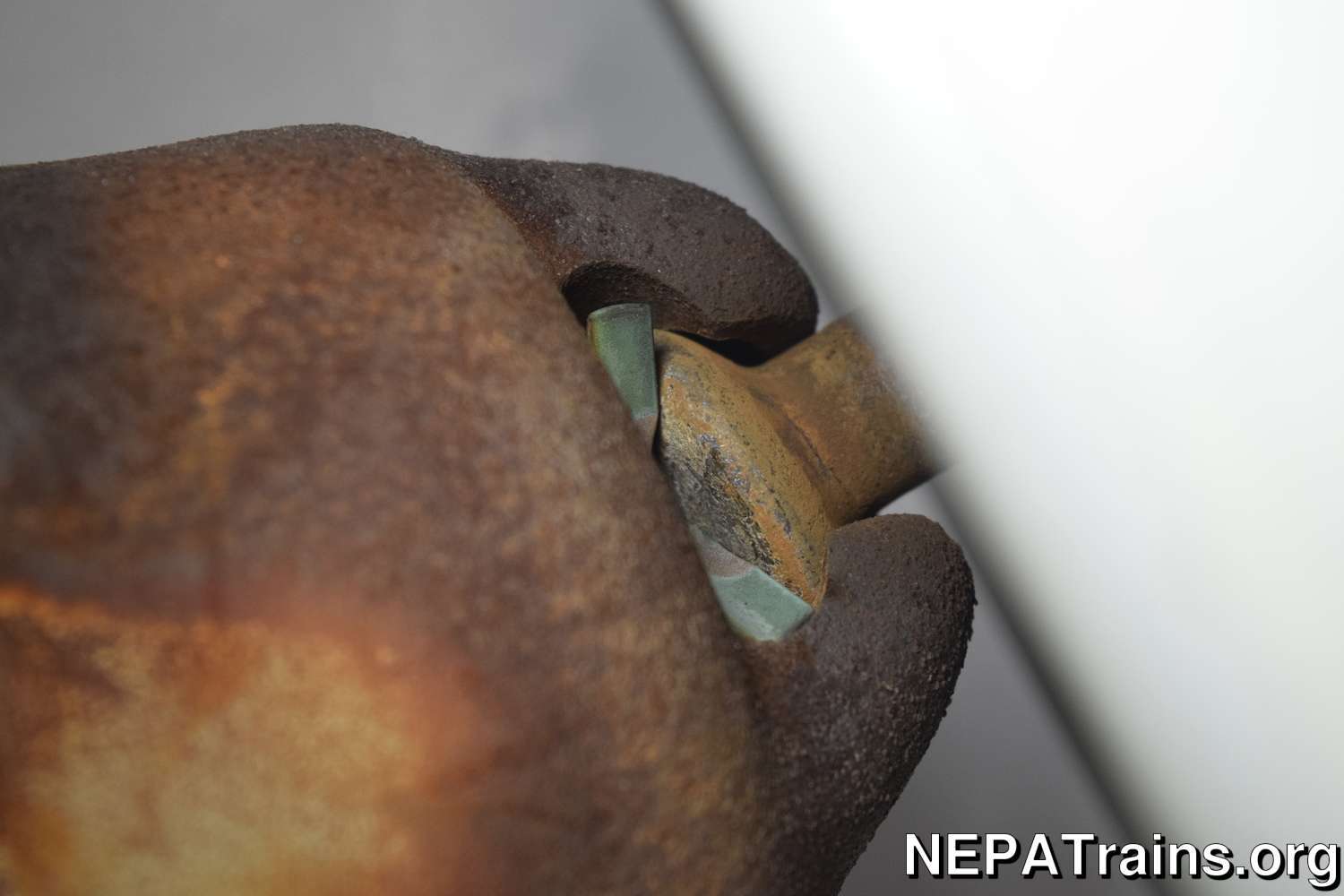 A close up of the pin-socket locking mechanism for most suspension type insulators. This insulator is the [[ Pinco Suspension White 1966 ]].