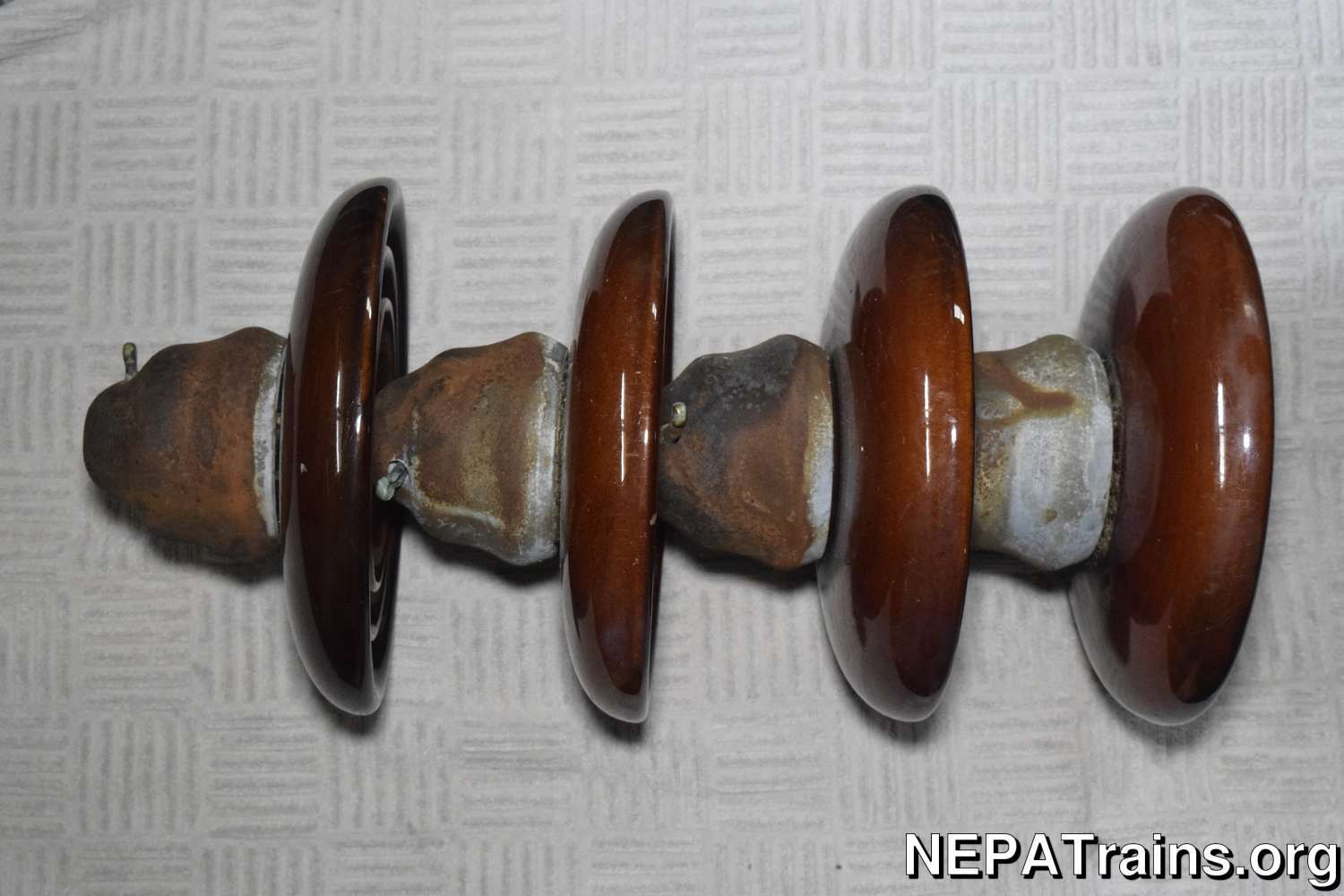 These are brown suspension insulators made by Pinco in the mid 20th century. This specific type of insulator was widely used on PP&L’s systems in the mid-late 20th century.

Each insulator is 10 inches wide. They couple using a pin-and-socket system. There are a total of 4 petticoats. The outer 3 are the same height, while the innermost petticoat is shorter, to lessen the chance of breaking it during installation.

This specific insulator is a string of 4, the largest suspension string in my collection as of June 2019. Unfortunately, I wasn’t able to fit the whole string into my light tent, so the objview is only of one disc.