This page isn't complete and can use some help! If you have information to add/change, please fill out the contribution form. You'll get your name on the site! 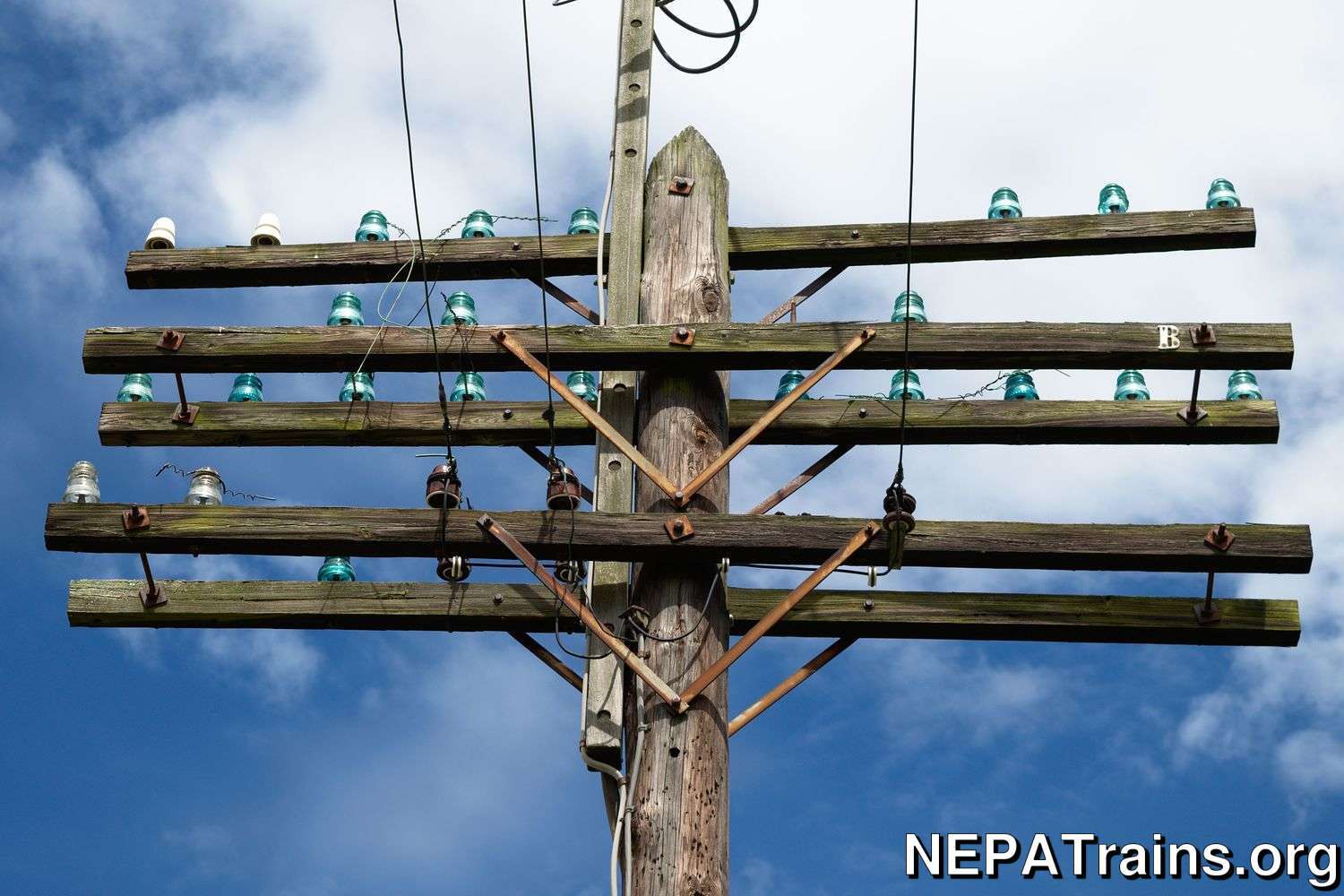 Insulators are devices that isolate an electric current from the world. They do this by having a much higher resistance than the conductive material they are insulating. There are many types of insulators, and they are typically made from glass, ceramics, or rubber.

If you found an insulator and want to learn about its origins and age, please see [[ Insulator Identification ]].

In the 1910s, the first multi-part/suspension insulator was put into use. These were revolutionary as they hung from a pole instead of sitting on top of it, and they were modular, which allowed electrical companies to make insulators as long as was needed for the voltage in use. This lead to the development of long distance high voltage electrical lines.

The most basic and widely used type of electrical insulator is the simple rubber covering on electrical wires. These act to protect relatively low voltage wires from the outside world.

Pin Type Insulators were the first insulators, and the most common insulators used on the telegraph and telephone system. They are commonly used on relatively “low” voltage transmission systems

Suspension insulators are easily identifiable in that they hang from their poles, and appear to be made of many dinner-plate-sized “discs”. Each singular disc acts to protect the one below it from rain and the elements. If rain, pollution, or debris were easily able to get near the inside of the insulator, it would not work as well.

Post insulators have a similar appearance to suspension insulators, however they are one single unit and are not modular. They are used due to their lower cost on “low” voltage transmission lines where a great amount of insulation is not required.

Strain insulators are designed to hold a lot of weight, and be electrically insulating at the same time. They are typically used on guy wires for radio towers, and some telegraph poles.