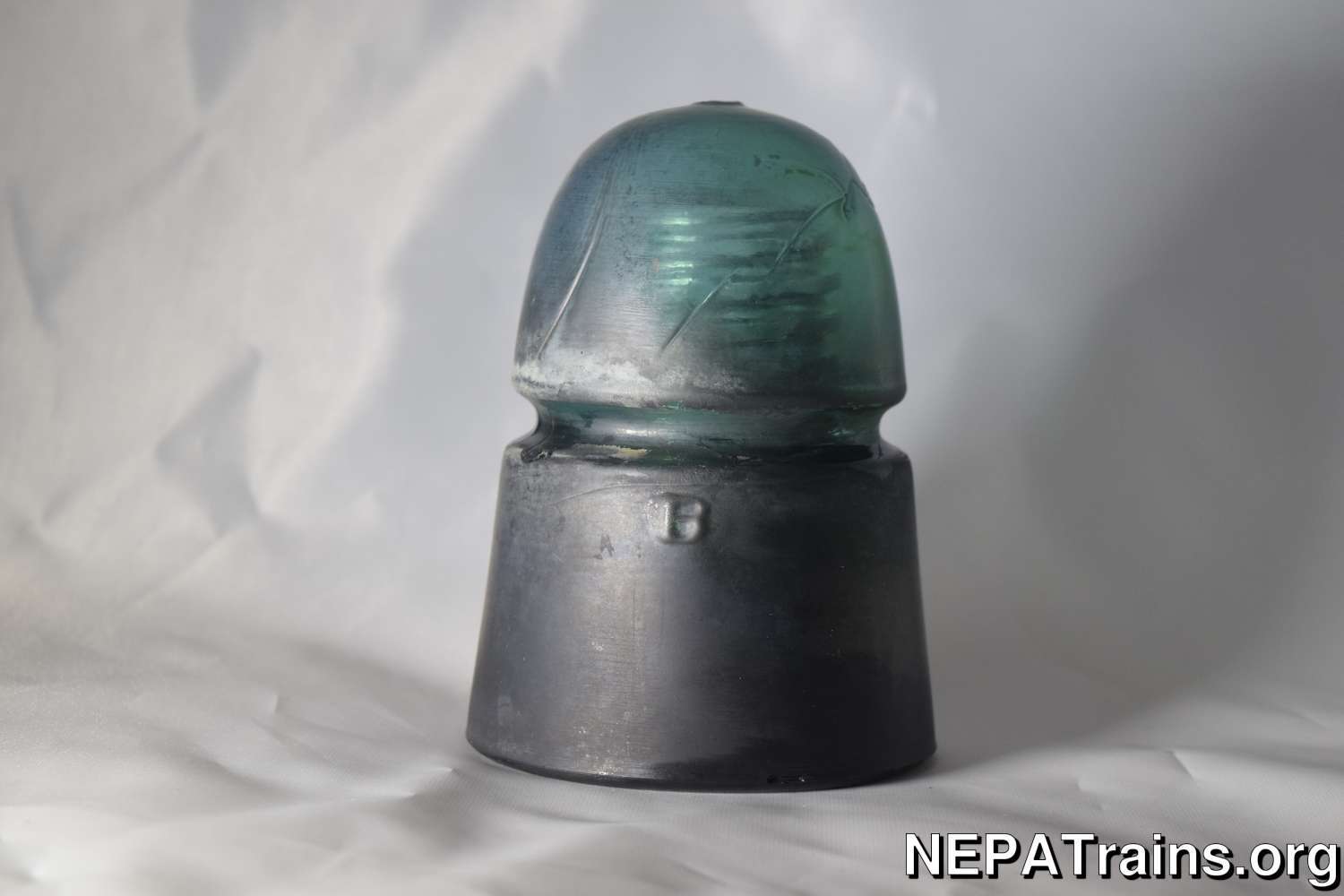 This insulator is stamped with a B on the front, and an O on the dome.